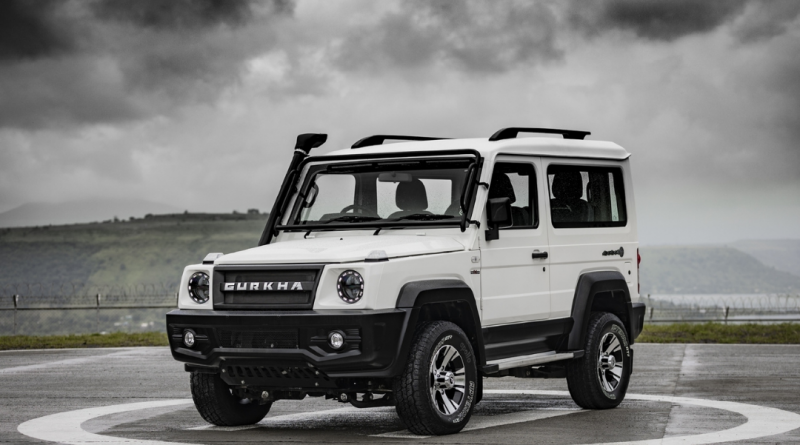 Pitted against the Thar, Gurkha Jeep has evolved into a new version to compete with the market and establish a name for itself. Force Gurkha is stunningly built with an amazing structure that enhances the features that Force motors have provided it with. It looks stunning, especially in its price range. Force Motors has proudly exclaimed that the new Force Gurkha has drawn its appeal and magnetic charm from the legendary Mercedes G-Wagen. It has unmatched off-roading capabilities due to the levers on the central console. Force motors have given a better engine and the ride quality is highly better, especially on Indian Roads. Gurkha jeep is a classic jeep with an appealing off-road capability.

Inside the Force Motors Gurkha

Even though in comparison, Gurkha has not come at par with the standards set by the other cars in the section of interiors, for the Gurkha Jeep, it is an improvement indeed. The seats have an embroidered Gurkha badge and the fabric upholstery in the seats are strong and cozy. The steering is a Recirculating ball type with a turning radius of 5.65 m. But the steering wheel feels bulky and a bit hard to get comfortable with.

The interior is done in an average way that is not in keeping with the standards set by other cars. A 7-inch Kenwood touchscreen infotainment unit with features like Bluetooth, Apple CarPlay, and screen mirroring is planted in the center console that has a Gurkha Screensaver. The audio system pairs with a 4-speaker sound system and provides four USB ports. The audio quality is not very good and is mediocre. The cabin also features a manual AC, power windows, and a lane change indicator. The passenger seats also get ISOFIX child seat mounts. The sensors are of low quality and have a tendency to malfunction every now and then.

The interior’s center console also has two cupholders, dedicated mobile storage, and coin storage but however, there is no storage for the rear seats. The bench seats in the Gurkha Jeep are now replaced by four captain seats and the unobstructed view can enhance the ride experience of New Force Gurkha. The seats are not completely foldable and that is a drawback.

The headlamps have large LED DRLs along with a grille that displays the Gurkha name, instead of the Force Motors logo. The snorkel is on the side and New Force Gurkha is the only car in India to get it as a factory fitment which gives the Gurkha Jeep 700mm of water wading depth. The Khukri emblem (the fighting knife of the mighty Gurkha warriors) is shown as a large ORVMs feature, The 4x4x4 badge has been preserved which proclaims the mighty power of the New Force Gurkha.

The new Gurkha Jeep was 4116mm long is now longer by 124mm the width is now reduced by 8mm. 2075mm is the height and 2400mm is the wheelbase. At the back, the bumper, ladder, and spare tire make it appear tough. The turning radius of this 4x4x4 vehicle is the smallest in its class; it is 5.65 meters.

Equipped with a 2596 cc engine and a mileage of 12.4 kmpl, Gurkha Jeep has improved. Besides its 2.6-liter diesel engine, the New Force Gurkha has a torque of 250Nm and about 91PS power for reducing NVH levels in the cabin. Transmission remains at a 5-speed manual. The engine gives you the best ride when the Gurkha Jeep‘s peak torque is at 1400-2400rpm. At this point, the ride is a piece of cake.

The Gurkha can fly through the city traffic in 4th gear, at 40 kmph. But as the speed increases, it is to be noted that the driver can feel a little out of control as the bulky vehicle seems to maneuver out of hand. The steering wheel also refuses to co-operate and this can give the driver a hard time. The Gurkha Jeep’s clutch is a Hydraulically Actuated, Single Plate clutch. The Gurkha Jeep is prone to nose dip when brakes are applied too hard and even though the New Force Gurkha is supposedly highly absorbent traveling on rough and uneven roads for too long can be uncomfortable.

Force Gurkha Price surprisingly fits well into the budget but we highly doubt that it is worth the buy. The on-road price that the Force motors offer the New Force Gurkha is at ₹ 17.21 Lakh. They also offer an EMI at ₹ 25,687 that extends for 5 Years. There has been an increase from the 2017 – 2020 version that was priced at ₹ 12.01 Lakh. But this hike in price with the claims of the new specs and features to make a more refined version of New Force Gurkha does not seem to be that true as it has not made the Gurkha Jeep that special.

It is no secret that the Gurkha Jeep was pitted heavily against the Thar. But does it really meet the expectation and can it be called an ally to the powerful Thar? The answer is no. The Force Motors Gurkha has tried its best to evolve and in its efforts. It has definitely become much better than the previous version. But it still has a long way to go to compete at the same level as the Thar. It fails to pull the attention of new buyers into the fold of the Gurkha.

The problem is when the buyers have to compromise, especially on the ergonomics while purchasing the Gurkha Jeep. It looks bulky and has an appeal that makes the eyes stick to its frame; but the features have a long way to go in order to be more modern, attract more customers and become a favorite. 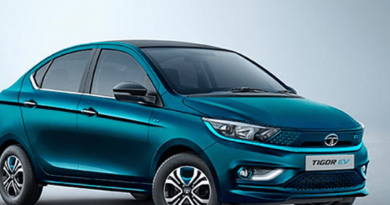 Tata Motors Car Maintenance Tips- Here is All You Should Know 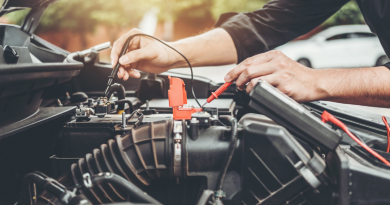 Tips For a Better and Cost Effective Car Maintenance 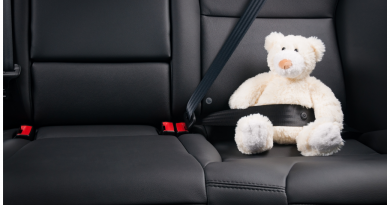 TOP 10 Safe Cars In India Based On Global NCAP