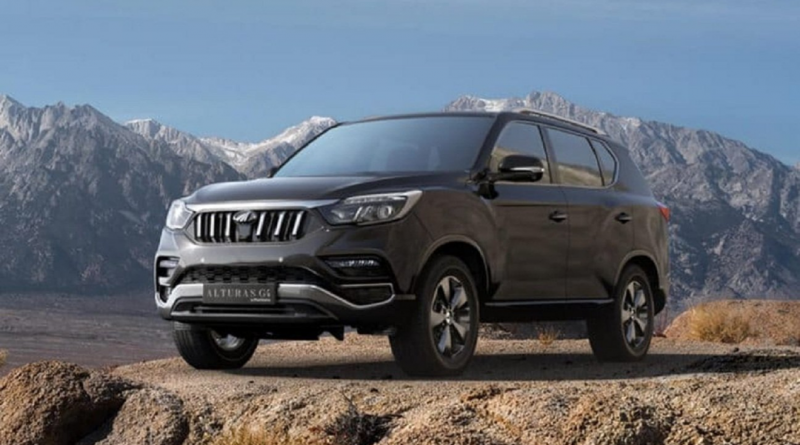 First showcased at the 2018 Auto Expo in Delhi, The seven-seater Mahindra Alturas G4 offers two trim levels – 4×2 and 4×4 – with one diesel powertrain across five color options. The new nose is fitted with Mahindra’s toothed grille and apart from some tweakments all around the car, It resembles a lot like the international version. Its brawny road presence along with the squared-off wheel arches fit in well with the sharp body creases. 18-inch alloy wheels carry the new Mahindra Alturas G4. The powerful refined engine and the macho exterior has a large space and it is enormous in quality and quantity. The car makes an impression as very macho and a bulky SUV. Its towering look and strong build is sure to stand out.

As you open the door you will be greeted with a large interior and a spacious cabin. Mahindra has made it a point to use very high-quality leather and superior materials in the interior. The dashboard has an eight-inch touchscreen system and the high-quality soft leather upholstery gives a very premium feel. The more specific features are:

Fine Nappa leather forms the body of the Dashboard and an added bonus is that it is quilted. Steering, controls stalks, gear selector, and armrest feels excellent. The centre console holds up an 8-inch infotainment system. But the system also encounters a little lagging. It provides Apple CarPlay and Android Auto. The physical buttons are easy to operate and do not interfere with driving.

Mahindra Alturas G4 offers great seat ventilation and large, spacious seats. The rear seat is of enough height and the reclining bench gives enough thigh and back support to keep you snug and easy over long travels. When compared with the Fortuner, it has 50mm and 80mm more knee room and great headroom – 30mm and 50mm more than the Fortuner ( credits goes to the scooped out roof lining). But the rear seat has very little room space and that is a disadvantage. Mahindra Alturas provides its own top-notch features like a 360-degree parking camera and a smart powered tailgate, along with segment-leading safety features like 9 airbags, active roll-over protection, tyre pressure monitoring, ESP, ABS, and EBD.

The exterior of the Mahindra Alturas G4 is a massive build with a towering look. It resembles a powerful, tall, SUV. Mahindra has given it a chrome grille on the front that gives it a strong feel. It rides on top of 18-inch alloy wheels. Even though Alturas has ample ground clearance, it is in fact a body on a ladder frame SUV which means that getting in and out from the car is not easy. It weighs over two tonnes and this weight doesn’t sit very close to the ground. Its height of 2 meters along with the slow steering takes away the sharpness of the driving, lets’s just say that Mahindra Alturas G4 is not the easiest SUV to drive.

2.2-litre diesel engine powers the new Mahindra Alturas G4. In comparison to its rivals, the engine has less capacity and the output is equal to the competition at 185bhp and 420Nm. The transmission can be equated with Mercedes-Benz sourced seven-speed torque converter. Even with the deficit incapacity, the 2198cc engines can produce a healthy torque of 420nm and 178bhp. The Mahindra Alturas G4 mileage has impressive mileage of 12.03 kmpl.

The car is up against the likes of the segment leader Toyota Fortuner and the well-established Ford Endeavour. It will most likely be pitted against the premium seven-seater SUVs (Honda CR-V, Skoda Kodiaq.) the engine can give a strong performance. There is 7-speed auto, and the gearbox can be quick to downshift which comes in handy during a quick overtake. Thus the Mahindra Alturas G4 drivability of 20-80kmph in 6.36 seconds and 40-100kmph in 8.38 seconds in spite of the least amount of torque is in fact pretty impressive.

The breakdown of the price are as follows:

The luxurious Mahindra Alturas G4 is an amazing car from Mahindra. It stands taller than Toyota Fortuner and ford endeavor being bigger SUV, the front look and side profile of the car is top-notch with the new Mahindra styling grill that looks really good. The handsome high wheels appear tall and macho. The new design taillight looks impressive enough. The Interior of the car drips with luxury and quality comfort. The front two seats have electrical adjustment with luxurious interiors. A Major feature of the car is the 360-degree view camera.

The overall ride quality of the car is also promising enough. It prioritizes safety with a body that is built out of 81.7% high-strength steel along with 9 airbags. The car has great value for money and is surprisingly refined in the umbrella of Mahindra cars. Compared to its rivals, we are sure that you will be happy with the purchase. 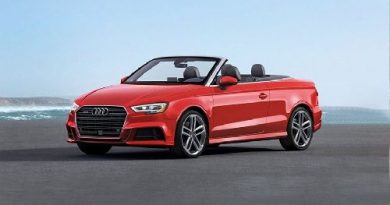 Advantages And Disadvantages Of Convertible Car